About Woman of Character

Woman of Character, Inc. (formerly known as Woman of Character Ministries, Inc.) was founded in July 2010 and is the most sought after 501(c)(3) nonprofit organization that educates, motivates and empowers individuals – women, men and families affected by Domestic Violence and Low Self-Esteem.

By providing biblical principles and personal experiences, Woman of Character’s main goal is to help women see themselves as God sees them and recognize that we’ve been created with and for a purpose.

About the Founder Janice Butler 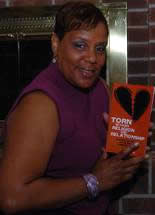 July 1996, Janice Butler found herself in a horrific situation where her estranged husband held her hostage at gun point. Her eventual freedom came after a 5 hour stand-off, which resulted in him being fatally shot by Kansas City police officers.

This life altering event is enough to shake anyone to the core, however, Janice believes the Lord allowed her to live through this devastating circumstance in order to share with others her experience and how she has become the victor, rather than remain a victim. She believes it is important to share her personal experience related to “Domestic Violence” and lessons that she’s learned about “Self-Esteem” so that women are better informed and will ultimately have the knowledge to make better decisions and choices about the relationships that they enter into. Her vision is to encourage women and young ladies not to compromise or be disobedient to the Word of God and to help them realize their worth in Christ.

As a Domestic Violence Survivor, Janice shares her test and testimony with women, young girls and men across the nation. She has volunteered as a guest speaker with Missouri Probation and Parole on the subject of “Domestic Violence”. She also served as Co-Facilitator of a woman’s support group with Rose Brooks in 1998 and received an award for “Volunteer of the Year”.

Today, Janice is a conference speaker and founder of “Woman of Character, Inc.” in Kansas City, Missouri. She is the author of “Torn Between Religion and Relationship”, which is her own personal testimony and experience with domestic violence and self-esteem issues.

Janice is an active member in her church and has served as a church leader, women’s ministry director and teacher. She is the proud mother of two adult children and three grandchildren. Janice is passionate about uplifting others through her God given abilities.